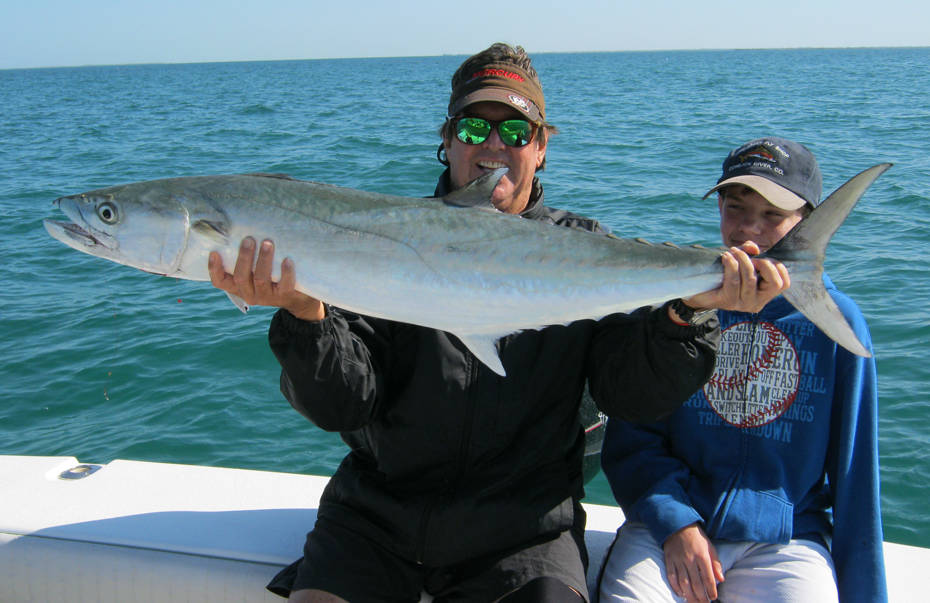 ABSOLUTE FLORIDA FLATS FISHING also does fishing charters near shore on our artificial reefs and wrecks, rock ledges, coral out croppings, good defined bottom depth changes with scattered rock piles mostly within sight of land, no more than 1 to 9 miles from our white sandy beaches.  Depending on season and migration patterns of certain reef and wreck fish species you can either anchor on good structure or slow troll huge areas of live rock bottom, hard bottom, chasing schools of bait on the surface, and dipping, diving, birds, that show you where there is activity when tides are slow and to cover ground on the hunt !

Capt. John Fischbach is convinced that anchoring and chumming is the most effective tactic for all species as long as here is good moving water (tides).  Slow trolling sometimes works best, and slowly pulling big live bait like a full blown pilchard, Spanish sardine, threadfin herring, finger mullet, blue runners and even ladyfish helps find fish and has accounted for many record big fish.  It’s also a top tactic when the tide is dead, as your chum block and cut bait chum, and live scaled sardine chum fish, won’t spread out behind the boat without a good tide current. Mornings are usually most productive for this type of fishing!

What we catch on our near shore reef and wreck fishing charters often depend on water temperatures, bait fish migration, quality of water (clean), and seasons with year round fishing.

Gag grouper are a mottled brownish gray in color with irregular square shaped patches on their sides.  They have a large mouth and broad squared-off tail that provides a lot of swimming power.  Gag’s can grow to more than 70 lbs. but are most common to 25 lbs. and less, with most catches in the 5 to 10 lb. range, keeper size is 22” and above, they just might be the very best tasting fish from the Gulf of Mexico, depending on who you speak to.  Good Gag’s can be found on the near shore reef’s and wrecks , fishing hard bottom and any kind of structure, including ledges, rock-piles and holes, they will take up residence in any object that will hide them.  These are powerful fish when hooked, give them a couple inches and they’ll take a mile!  Many anglers crank down the drag on their reel’s 100% to prevent the fish from rocking you and or breaking you off.

King Mackerel are found in the entire Gulf of Mexico from inshore beaches 100 yards off the beach to deep blue water.  Adults are heavy bodied (6-30 lbs. to larger) with large mouth and razor teeth.  The elongated body is bluish to greenish on top and mostly silvery and unmarked.  Kings are big and fast and usually cooperative. They offer tremendous attraction as a game fish. They can strip 200 yards off your reel in a matter of seconds. At any size they are strong and sizzling fighters.

The kingfish cousin average 2-6 lbs.; much of what we’ve said about kingfish applies here except they can be caught right on grass flats fishing charters to the deep blue.  Spanish are distinguished from kings by yellow and brown spots on their sides. Catch these speedsters with a long shank hook due to their top and bottom row of razor sharp teeth. Great light tackle fishing with spinning or fly tackle is perfect for Spanish fishing. If you like rich, rather pink filets, they are great broiled or skinned and fried, blackened or baked. AND these are very good smoked.

Cobia may be found anywhere from shallow inshore flats to the deep sea wrecks and reefs.  Dramatic runs sometimes launching their whole body out of the water and head shaking maneuvers like tarpon is what you get with cobia fishing. Brown or gray above, with a dark stripe from gills to tail, and whitish underneath, cobia can look like a shark in the water.  Generally they run 12 lbs. To 50 lbs., though they grow to 100 lbs. or more.  Cobia love to hang around near shore reefs and wrecks where they swim both at the surface and down deep.  They also invade inshore flats and beaches.  Other favorite spots for flats fishing them are around floating and stationary objects like inshore navigation buoys, tripods, beacons, channel markers, pilings and piers. They are often seen escorting and riding on the backs of big stingrays and manatees waiting for them to flush a free lunch on the inshore flats fishing waters only a couple of feet deep. They are great table fare cooked the way you like your fish.

These snappers on the reefs and wrecks spawn there in warm waters usually near shore in the warmer months.  Absolute Florida Flats Fishing likes to fish for these hard fighting great tasting fish on light tackle. They are very leader shy and we must use small hooks like a #1.  As they grow, they become more difficult to fool especially in daylight.  Best bait are the pilchard hatch, scaled sardines, live chumming and cut bait chumming with them is best.  Sometimes you can bring the school right to the surface with heavy chumming techniques. When hooked mangrove snappers make strong runs, the wage a bull dogging battle all the way to boat side.  They are gray or pinkish above and light on the underside, usually with an overall reddish hue that can range from coppery to brick red. They have a black line from snout over the eye which darkens when they’re in the mood. They are great tasting white filets, cooked your way.

They are very strong when hooked on double hook dropper rigs on light tackle.  They are found up and down the entire Florida Gulf Coast.  These tasty fish stick to hard bottom from close in near shore rock piles to a 100’ deep. The color usually is light gray, almost white with small blue and yellow lines marking the head.  They will bite on the hottest of days and high water temperatures. Strong fighting white grunts don’t like leaving their rocky bottom and will double over your light tackle. They are very good food value especially fried whole medallions of fish and especially as part of the historic dish “Grits and Grunts.”

Dozens of species of sharks roam the Gulf of Mexico, FL Gulf coast, artificial reefs and wrecks and reach good size.  Some species also are caught and often swim the inshore flats fishing areas from the mail shoreline out.  Sharks are often referred to as “poor man’s gamefish,” but even the smaller sharks put up respectable battles up against medium tackle. Some of the more prevalent species we catch are the Black tip shark, Bonnet head shark, reef shark, spinner shark, nurse shark and even bull sharks.  Some of these not give-up, high flying sharks will take your breath away. We do not keep sharks as there are many conservation issues on some species and food value are questionable; however they are great reef and wreck fishing targets and battles so bring your camera!

There are many fish species we may not have mentioned that we may run into while doing a reef and wreck fishing charter, including barracuda, mahi-mahi, and gag grouper.

The more the better! 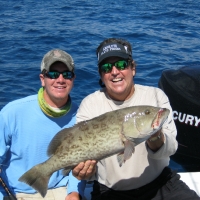 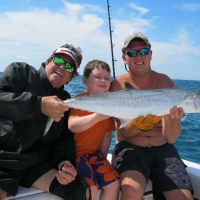 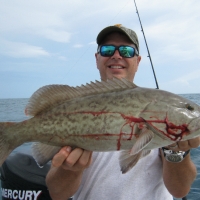 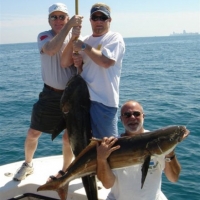 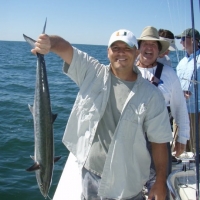 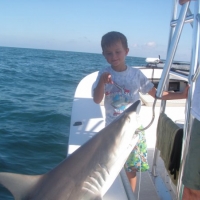 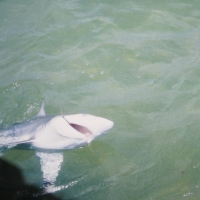 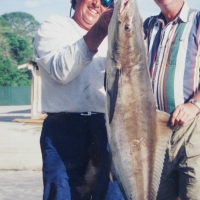 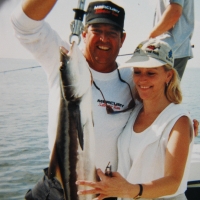 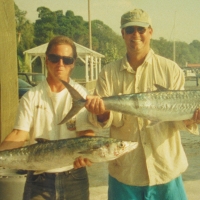 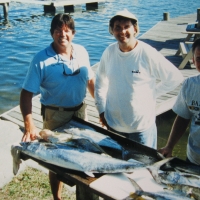 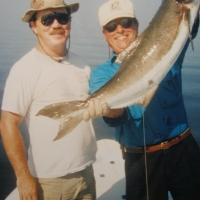 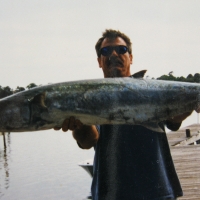 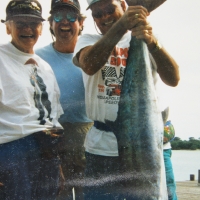 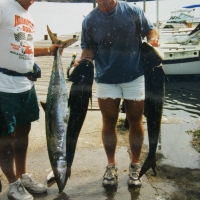